In the western countries varicose veins of the lower limbs occur among 30-60% of the adult population, 40 % of which feels varicose veins related ailments. In Poland the frequency of varicose vein diseases is from 4 to 60 %.

The ailments related to the vein diseases existed from the beginning of the human appearance on the Earth. The fist available records to prove the former statement were found in Eber’s papyrus from 1500 B.C. Vein ailments were described by Hippocrates (460-377 B.C.) Although vein diseases are strongly related to genes and are very often inherited by the members of the family, they are more and more common due to development of civilization. The advances in technology have caused significant lifestyle’s changes when comparing to the lifestyles led by our ancestors. Lack of movement, a sedentary lifestyle and too caloric diet – are the causes of obesity and increase the risk of vein diseases. Vein’s condition deteriorates naturally with age and causes the loss of vein and Wall tension and Valve failure.
Chronic venous insufficiency is a fixed disorder in lower limbs.

Outflow disorders are caused by venous system hypertension and they cause a blood backflow (called reflux). Some of the blood elements such as: protein substances, white blood cells and red blood cells are released outside the vein and create swellings, pain as well as skin discoloration with the possibility of sores or ulcers. Some of the factors can increase the risk of coming down with the vein diseases. To those we can include; standing and sitting work, pregnancies, constipations, taking birth control pills that reduce the wall tension and increase the risk of thromboembolic changes. Leg injuries and phlebitis can result in creation of varicose veins. One of the first symptom of vein disease is the appearance of broken blood vessels, red or blue blotches, so called „spider veins”. They are not just a cosmetic defect, but may be a signal of chronic venous disease. To the next symptoms of vein disease we can include: swellings related to fatigue and “heavy legs”, tingling, burning and hot flashes or night leg cramps. In the later stages varicose veins and various skin changes like: skin discoloration and ulcers can be observed. These symptoms cause physical discomfort, impair the function of the limbs and lead to deterioration of the life’s quality. The treatment of chronic venous insufficiency depends on the severity of disease and patient’s self- discipline.

During the first sta ges of the disease non-operational metod called sclerotherapy is advisable. An irritant (usually salt solution) is injected into the insufficient veins. It results in fibrosis and closes the vein off. Liquids or special foams are injected into the spider veins, smaller varicose veins and saphenous vein trunks Nevertheless, the most common vein treatment is a traditional surgery, which involves the removal of insufficient vein fragments. The treatment is usually conducted in the hospital, under anesthesia, with the help of anesthetist (general anesthesia or wired).More and more often certain minimally invasive techniques are used and performed on an outpatient basis. They are as follows: EVLT laser and the treatment of high-freqency current and with watter vapor : SVS (Steam Vein Sclerosis). 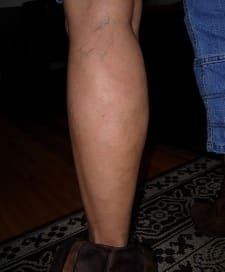 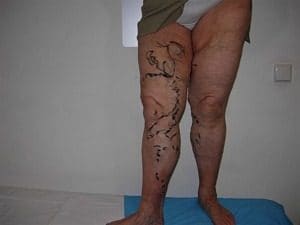 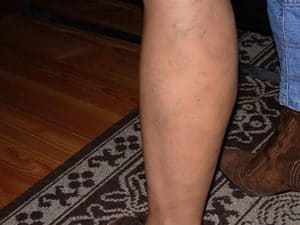